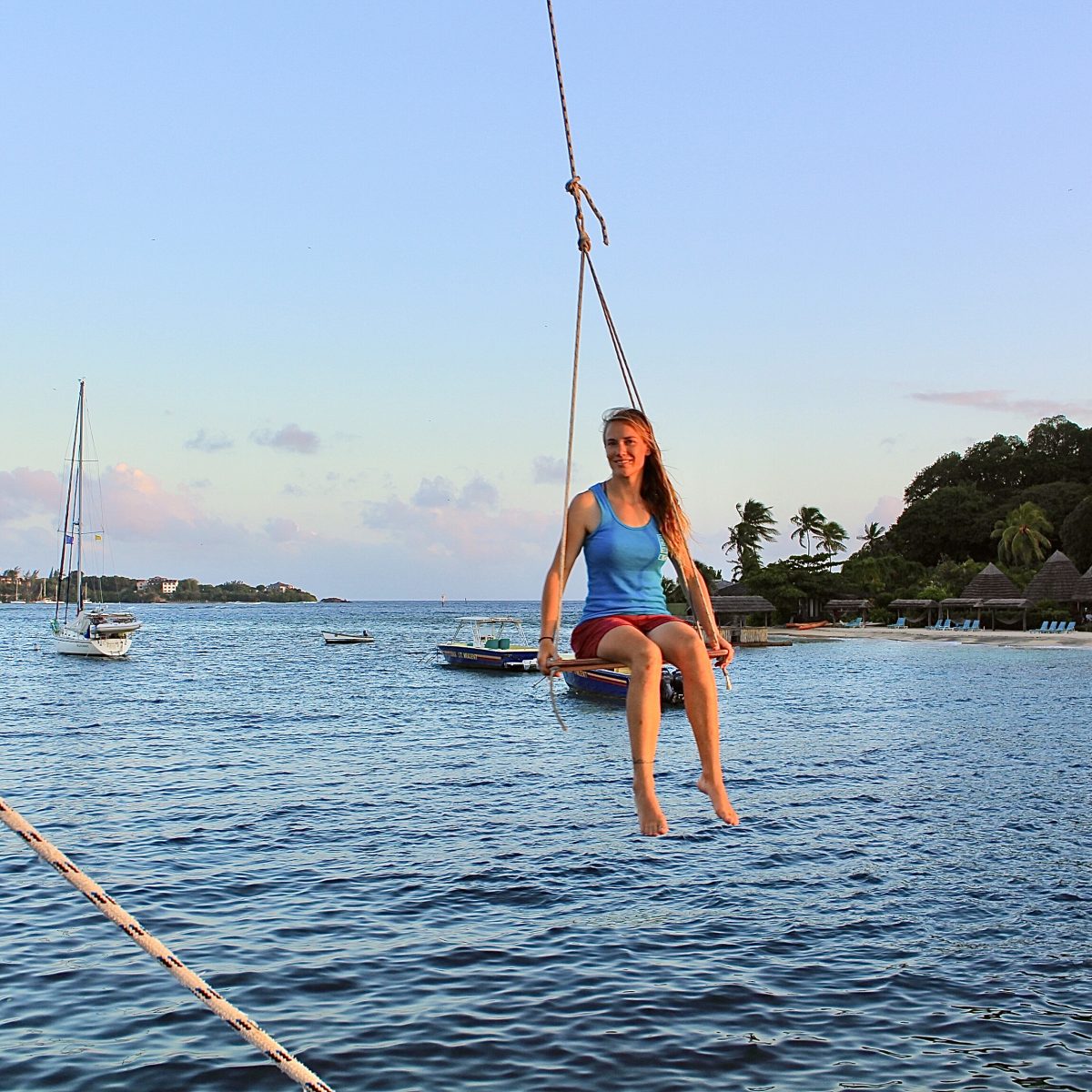 The last couple of days we have been swimming, snorkeling, building the perfect swing on Guppy and a walk up to Fort Duvernette.

After having jumped off the bow and stern so many times the teens were ready for the next level. So we put Guppy’s huge spinnaker pole to the side and attached a rope with a stick to the end on which they can hold on and swing off the bow into the water. It works really well and over the past days it has gotten the perfect placing and height for all sorts of tricks. In the bay are quite a few more boats with kids, and gradually we saw more and more boats with their spinnaker poles to the side, creating some sort of swing. We call it the Guppy effect 😉 We even had several people come by to ask and watch how we had exactly done it. Later we also made a great swing under de boom as well. A really lovely place to watch the sun dip below the horizon.

We have inflated the minicat again and enjoyed some sails through the bay. Getting to know lots of people and families from the other boats. I always find it amazing how quick and easy it is to make friends while sailing around the world. One can live in a house for years and barely know his or her neighbors but when all anchored together on a island, people just come over to have a chat, talk about the crossing or the best way to bake bread. And quite often we will meet the same people in other islands again, like In this bay where we have encountered a yacht that we met before in the Cape Verde and made their crossing directly to St.Vincent and the Grenadines. Right now we have neighbors who are danish, American, French, Dutch & Canadian. I really love this diversity in cultures and how sailing can so easily bring everyone together.

We have also visited Fort Duvernette which is an old fort on a little island not far from the anchorage. It’s a little hike up to the top but the view is absolutely worth It. Some of the Grenadines can be seen from there and the remains of an old structure which stands amidst several canons that are placed in different directions from the island. After some more snorkeling around the island we head back to Guppy who is tucked in safely between Young island and the mainland, waving behind her mooring to the palm trees on the beach 🙂