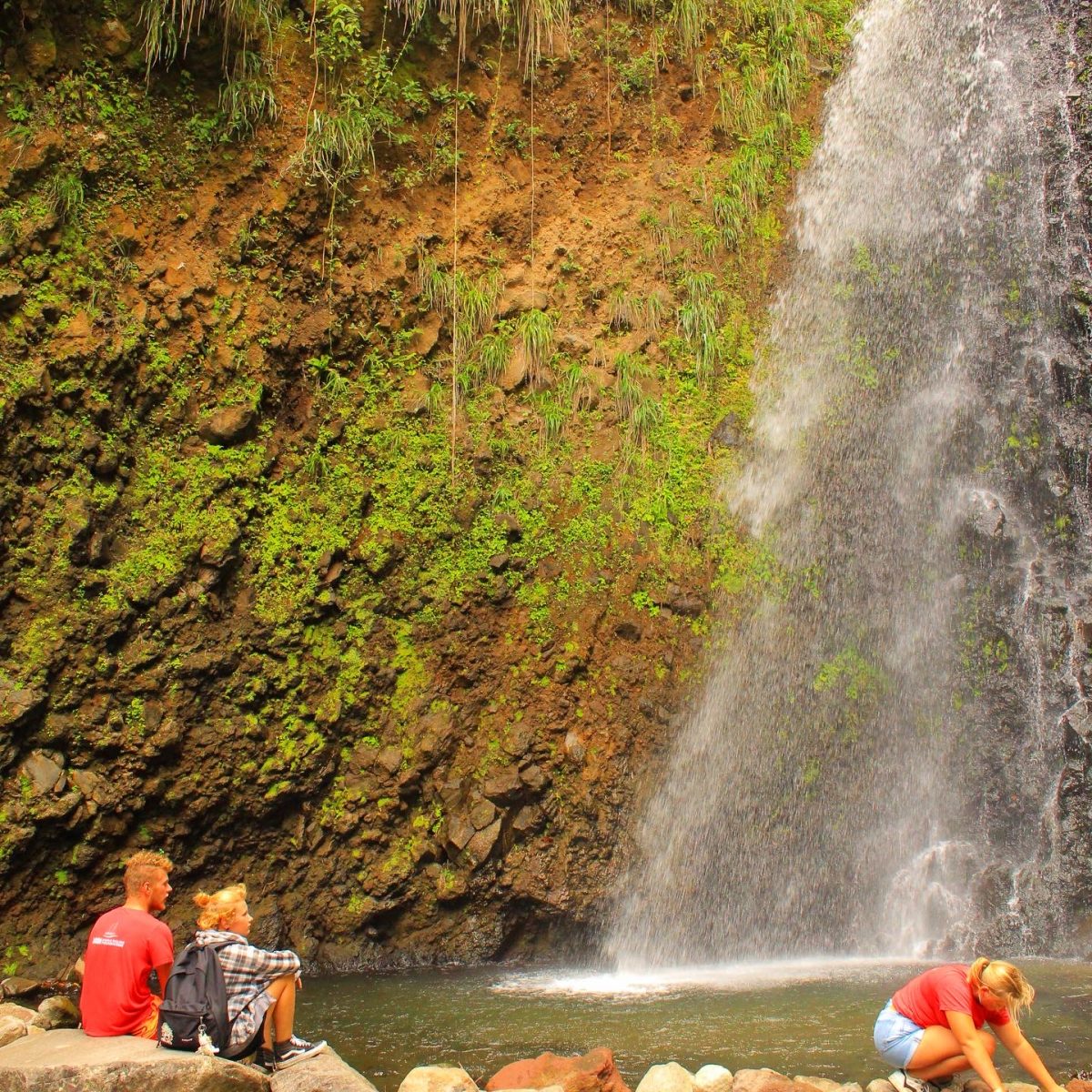 Wow, so many things already happened again, we are now anchored in Bequia which is a smaller island just south of St.Vinvent. But let’s back up a little first. After we managed to get through all the paperwork, quarantine stuff and of course another PCR test we were able to start exploring the beautiful island of St.Vincent. We are moored on the south side where there are white beaches and beautiful snorkeling but the north is full of jungle like terrain, waterfalls and of course the active volcano! Normally there is a beautiful hike up to the volcano but in the last months the volcano has become very active and it’s now extremely dangerous to come close to it. In a big van we hire, we drive up north. First past the busy streets of Kingstown and then into the jungle. The roads here are small with lots of curves and the locals drive on them as if they were driving on a formula one racing circuit! As we get further, the villages are becoming smaller and the density of the green around us overwhelming. The mixture between the fertile volcanic ground and the moist climate makes for an abundance in the most amazing trees. There are breadfruit trees, mango, papaya, banana, palms.. everywhere.  After two hours we arrive at Dark Views Falls, it’s only a short walk to the first waterfall and a little climb to the second falls which are even more beautiful. As everyone stands around hesitating whether to jump in or not I put on my bathing suit and jump into the crystal clear fresh water. Babs joins soon after me and that gets the rest of the group going as well. We test which waterfall gives the best massages and we have a little river walk adventure. Then it’s time to turn around, because of the active volcano we can’t go any further. We make another stop in Wallilabou, a stunning bay where many parts of the first, second and third ”pirates of the carribean” where filmed. Parts of the movie sets can still be found around the place. After many more spectacular views we make another stop at Fort Charlotte. A fort built by the English on a hilltop by the sea. It became a central point in the war between the English, French and Caribs. Some of the canons and buildings are still there and when you close your eyes you can just about see the drama and fights that have happened here. Once we get back onboard Guppy in the evening we are quite exhausted from the event full day, but not too tired for another time of the Guppy swing and a bit of swimming and playing around the boat 😉  Tomorrow we will head off to Bequia so it’s time to stow away the swings, minicat and get Guppy shipshape again.