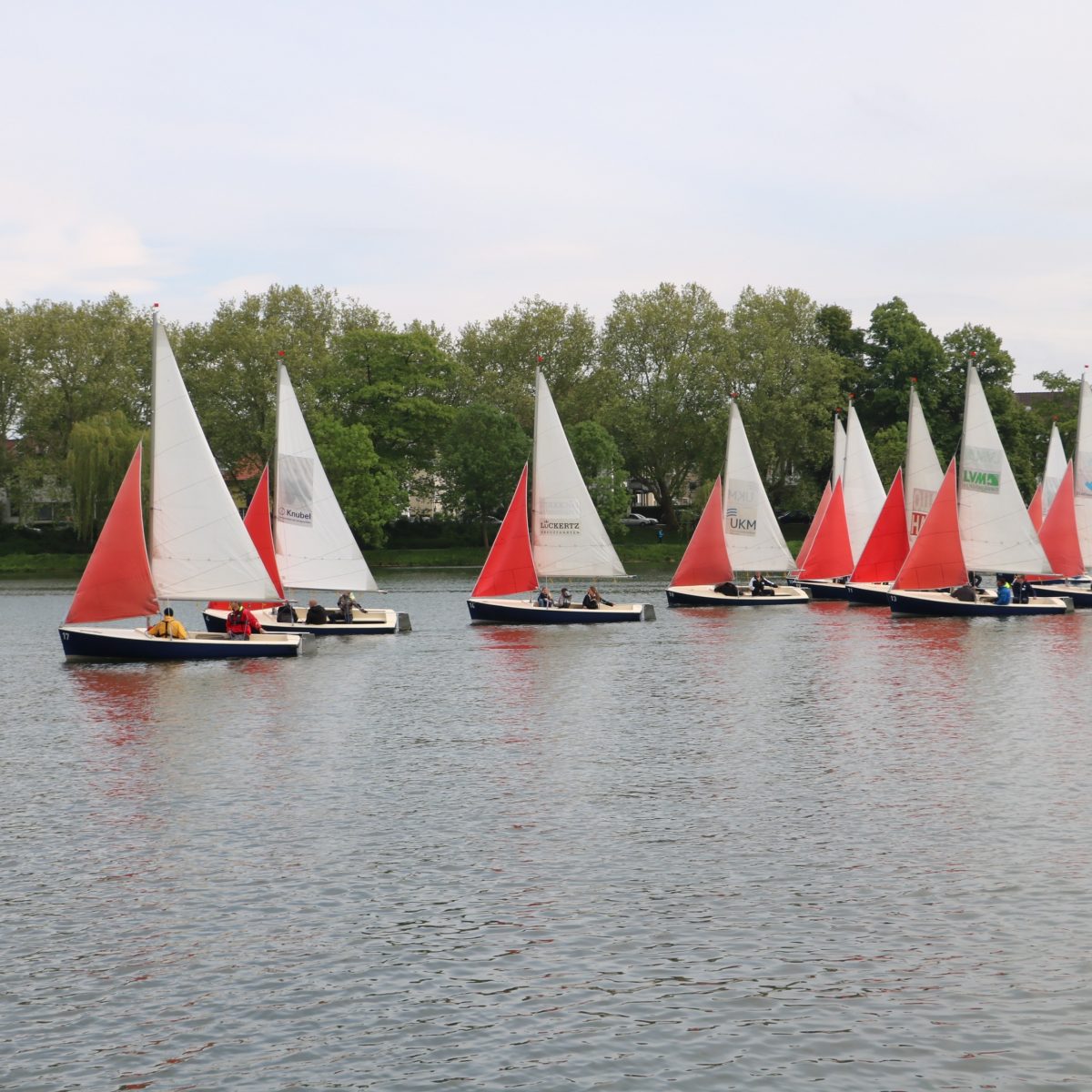 Besides working on the project and raising a little crawler I am also still doing motivational speeches and presentations all over the world. Even though I could probably write a blog about the adventures on every single one of them I don’t want to bore you with that, but, I’d like to tell you a little bit about a presentation I did in Munster.

It was a cloudy day but not to cold and dry mostly, the sailing school for which I would do a presentation later that day had organised a sailing regatta and asked me to partake in it as well with some kids. I really liked that idea so put on a lifejacket en got introduced to the kids that were to become my crew on the regatta. Two girls (9) & (13) one of which had never sailed before and admitted to be a little scared and nervous.

It wasn’t a big fancy regatta, it didn’t need to be. We sailed two small rounds with very little wind, but it seemed most of the people really just enjoyed being on the water and didn’t care to much about winning or losing. Although there is always the few fanatic ones ( like me 😉

The girls felt the same about this, and listened carefully to my instructions about how to trim the sails and where to sit in the boat. It turned out to be a lovely regatta and although a few very close finishes, we managed to drag in a first place, Yay 🙂 . Definitely not all credit to me, because if the girls hadn’t had the focus and will to win I could have never managed. It’s always about teamwork and they did that well. I was reminded again on how important teamwork is and how much fun it is to teach and share knowledge. As I was teaching about sailing they told me all about Munster and thought me some more German words I didn’t know.

Something I didn’t even know during the race but found out when I was doing the price giving is that they had named the Regatta after me, such an honour! The Laura Dekker Regatta.

I decided the girls deserved the big cup we won but I was rewarded with a medal as well haha.

Below are some photo’s of the regatta.