Visit from a Swallow 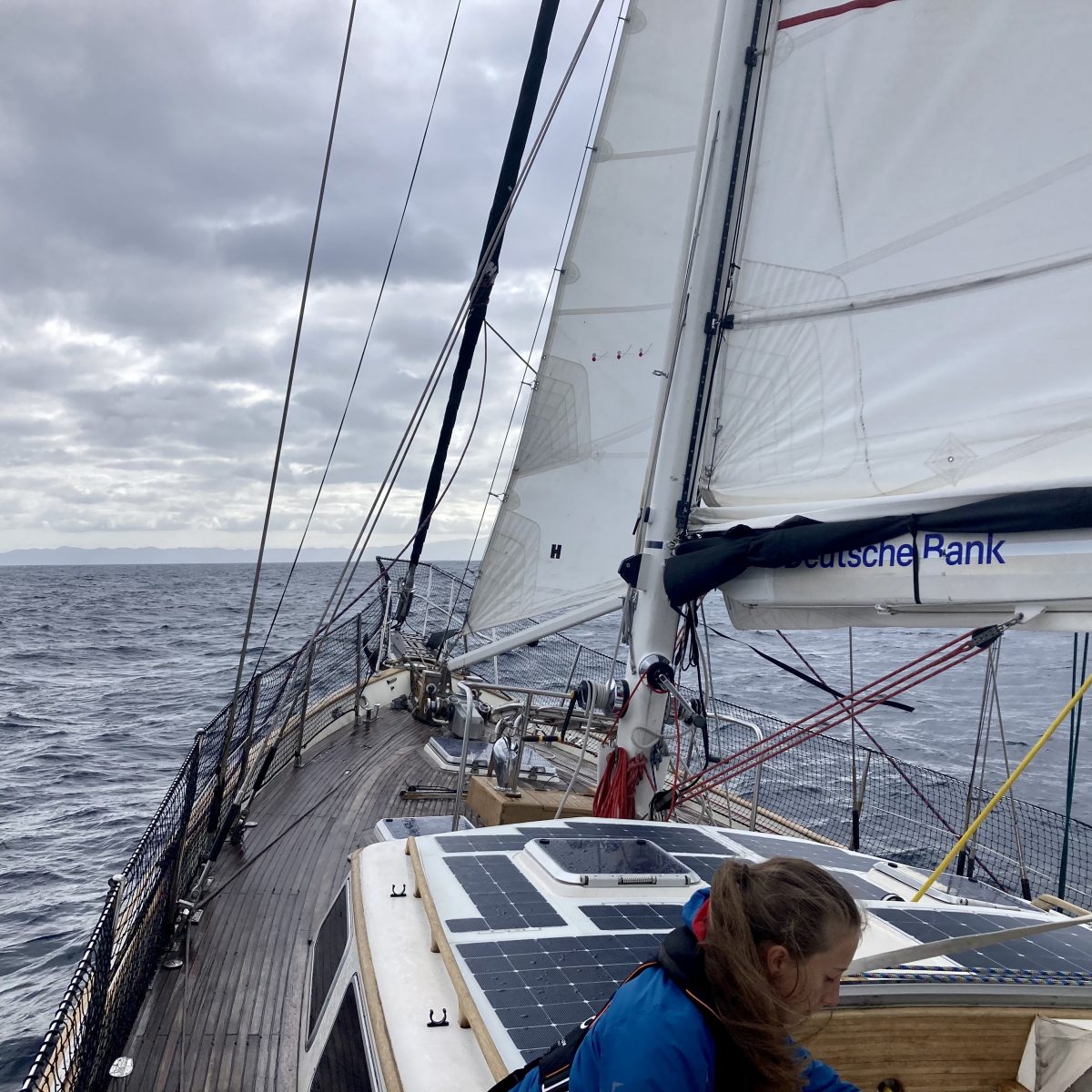 Sander didn’t end up getting any sun for his birthday, but we did have a very yummy cake and pancakes for dinner =D
And also a little swallow bird came to say happy birthday and has stayed around since then. Either flying around Guppy and sometimes having a look inside which creates much hysteria by the girls as they are afraid he will poop on them- he hasn’t so far tho and honestly if I was that bird and someone screamed like that I probably would have…poor thing, but it hasn’t planned on leaving yet. Meanwhile, the winds have turned and are now right on Guppy’s nose, not much sense in tacking so we’ve been motoring for the past two days and are now only 90nm from Brest 🙂 The sun has also finally made an appearance again which smoothes down the cold NE winds a bit. We slowly start to see lots of ships going to and from the English channel which makes the watches very exciting. Only one more day until we are out of the deep blue Atlantic Ocean.