Our last days in the Canary Islands. 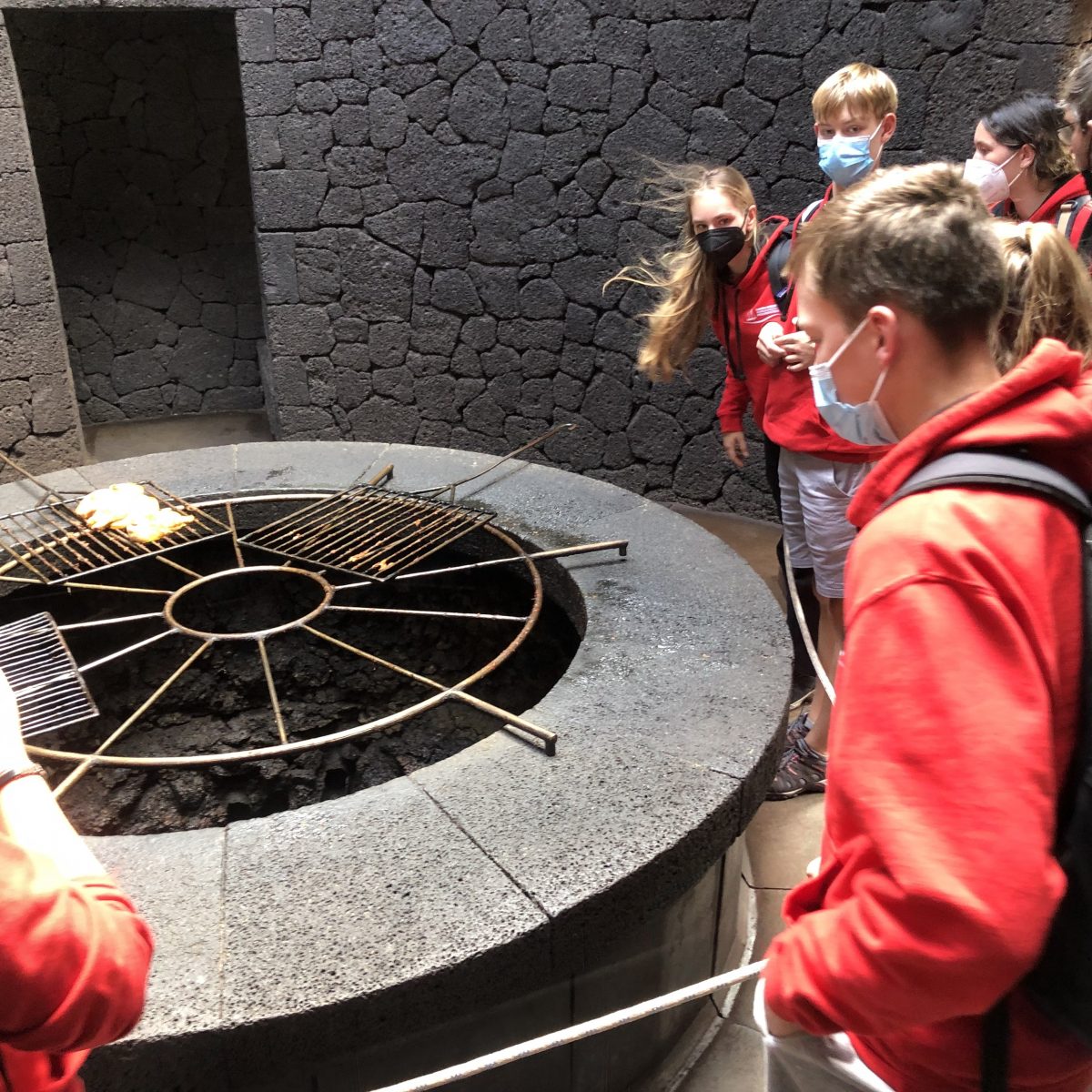 It’s off to an early start today as we want to be able to see as much as possible of the island while we’ve got the rented cars available. At 7 am we’re on the way to the Northernmost tip of the island. A one and a half-hour drive. Tim is happily staring out of the car seat in the back pointing out all the things that he likes, obviously, he completely forgot that he has been here once before. But this year he is learning more than ever, soaking everything in and excited about all the ‘’new’’ things. The rest of the group is still a bit sleepy but also enjoying the passing landscape. As we arrive at our first destination we admire the view from the top, looking out over the sea and Graciosa, while the sun is casting a beautiful morning light through the scattered clouds. On our way to the Cueva de Los Verdes, we stop at a picturesque beach with clear blue water and wild rocky surroundings. Lanzarote may seem like a barren moon landscape at first but its diversity and geography are actually amazing with changing volcanic landscapes throughout the island. Cueva de Los Verdes is a well-hidden cave, situated on a relatively flat part of the island covered with low scrubs. But then this cave isn’t a usual cave but a lava tunnel that is 6km long above water and another 1.5 under sea level.  It’s possible to walk over a good kilometer. It shows the run of lava through it really well. In some spots, the Lava has created walls that are so black and smooth that it looks almost as if it were plastic. We’re learning a lot about volcanoes today as we move on to the Timanfaya National park which has over 100 volcanoes. The volcanic activity continues as the surface temperature in the Core ranges from 100 to 600 °C at the depth of 13 meters (43 ft), which they smartly use as a big barbecue, cooking meat for the restaurant situated there. Of course, we had to try some of this meat cooked on the heat of a volcano – it was delicious. There is only one active volcano left, Timanfaya volcano, after which the park is named. There is one road through the park where it’s possible to take a bus tour through the little roads to explore the interesting and beautiful area closer up, and because of the little road and hilly landscape, the slow bus ride at times feels like a rollercoaster!

Our last stop is Los Hervideros. Situated on the southwest of the island and so relatively close to Playa Blanca where Guppy is moored. This coast is lined with rugged cliffs and a big ocean swell rolling into some of the caverns creating beautiful formations and a powerful display of the power of water. Needless to say, we were all rather exhausted by the time we came back aboard Guppy. With so many new things seen and learned. But it didn’t stop some of the teens from taking a dive into the clear water.

Off for an early night though as we plan to get up even earlier tomorrow. There are good winds to sail to Las Palmas – a 100nm sail, so a long day sail if we continue to keep a good speed. We hoist the anchor at 4 am, quietly sailing past the island until the ocean swell comes in and the wind comes to its full force as we get further away from the protection of the island. The wind is as forecasted and Guppy is flying along, doing 8kn average with a reefed main and a little unfurled Genua. We arrive in Las Palmas 12,5 hours later – perfect timing to start dinner while Guppy is gently swaying behind her anchor in the protected and very crowded anchorage of Las Palmas harbor and yet another island with new adventures waiting for us 🙂