Sailing into the warmth 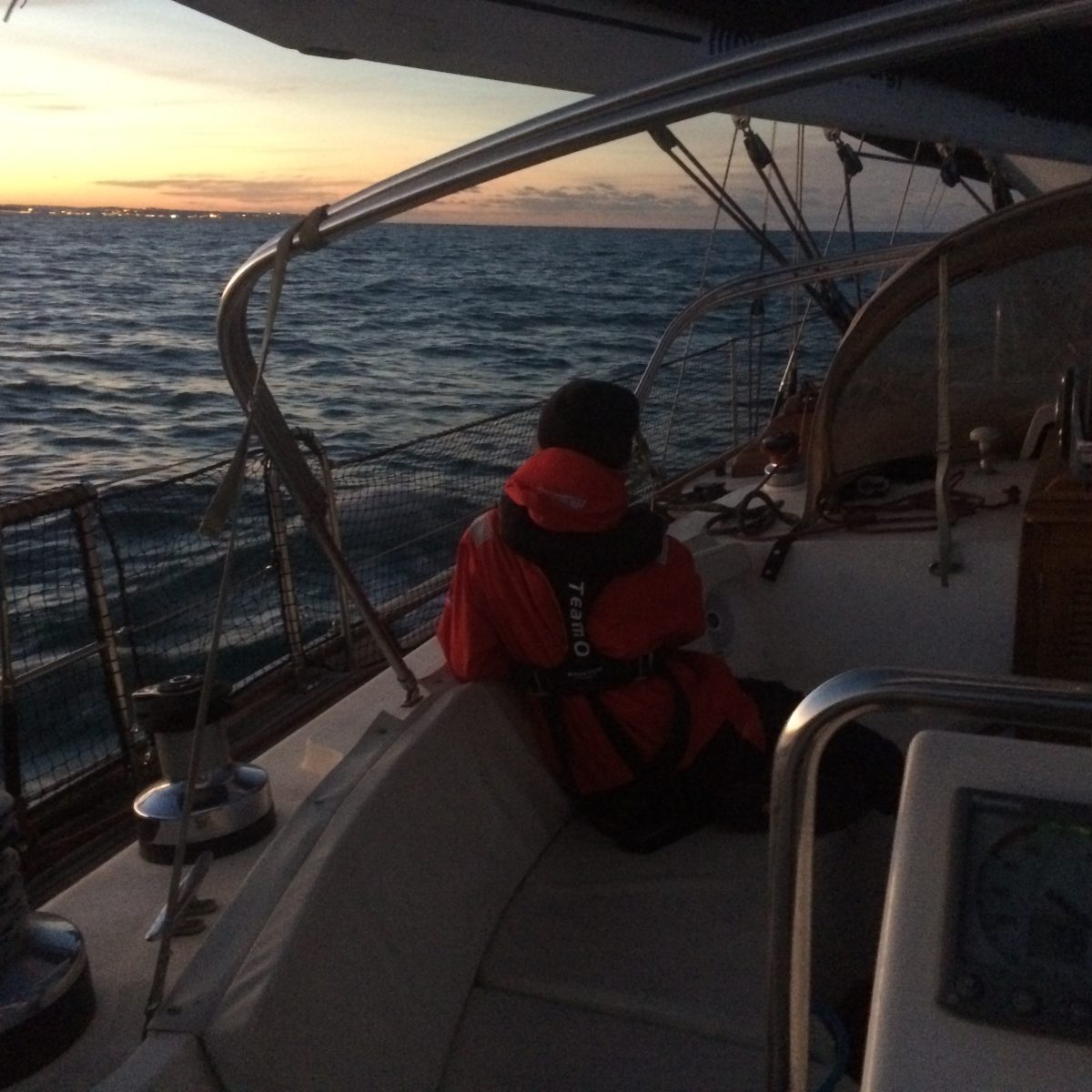 We started sailing at 8 o’clock in the morning, because we had a weather window. After we left people came upstairs because they were sea sick and outside it was better they thought. This night was the first night sailing in the night, so it was new but it went good.

In the morning we could see France and Engeland at the same time, that was really cool. Laura made dinner (spaghetti) but there were different opinions about it. We just sailed the whole day.

At 11 o’clock we came in cherbourg. France is in lockdown, so when we came in the Port there came security to check our passport and look who we were. We need to stay on the boat because of the lockdown. So today was a cleaning day.

Note from the Captain:

It was still very quiet on board when I got out of bed at 7am and put my head out of the hatch. A cold stiff breeze ran through my hair but my senses sharpened as I realised the wind had turned earlier as predicted and the direction was good enough for us to sail out. Because the weather windows are very small this time of the year we decided to go, without waking the teens because we didn’t want them to get all salty wet and cold within the first few hours. Little use that had… as soon as we had bashed our way out through the piers the first brave souls ventured outside. Salty, wet and cold they got, but at least we were sailing and I heard no one complain. Sander and I have test sailed the boat but now we were playing submarine, the entire boat was covered by waves at times and we seldom saw the foredeck come up above the water. Through this we found out that the hatch in the front of the boat and in our cabin was leaking a fair bit. Hmm, salty bed for Tim and us, so we move into the couch of the living room to sleep, which turns out fine because I can keep a good watch that no one puts their wet and salty bum on the new couch!

Around midday the waves calmed down a little and the wind turned more favourable, we sailed along nice and fast all through the night. Bad thing about northerlies is that they are very cold, brrr. By morning the wind and waves had dropped almost completely and we enjoyed a calm morning gliding along the french coast. We spend most of Friday sailing and later motor sailing along the coast. A nice break for everyone from the wild ride yesterday and a breather before we would get into the next headwinds later that night. We ended up motor-sailing all night beating into 20 – 25 knots of wind with our inner staysail and mizzen up as well. Our young crew has started to get the hang of getting onto the correct watches and actually coming out on time and waking each other up without us having to interfere much – fast learners 🙂 On one of the watches I asked Babs if she was still enjoying the ride, she thought for a moment and said some moments had been fun and others less, but she thought the rough start definitely caused everyone to bond and get to know each other really fast.

We have now arrived in Cherbourg and will wait out the next weather window to get south, perfect timing to catch up on some schoolwork again and fix the leaking hatches so we can move back into our bed 🙂