She has officially become a Guppy. 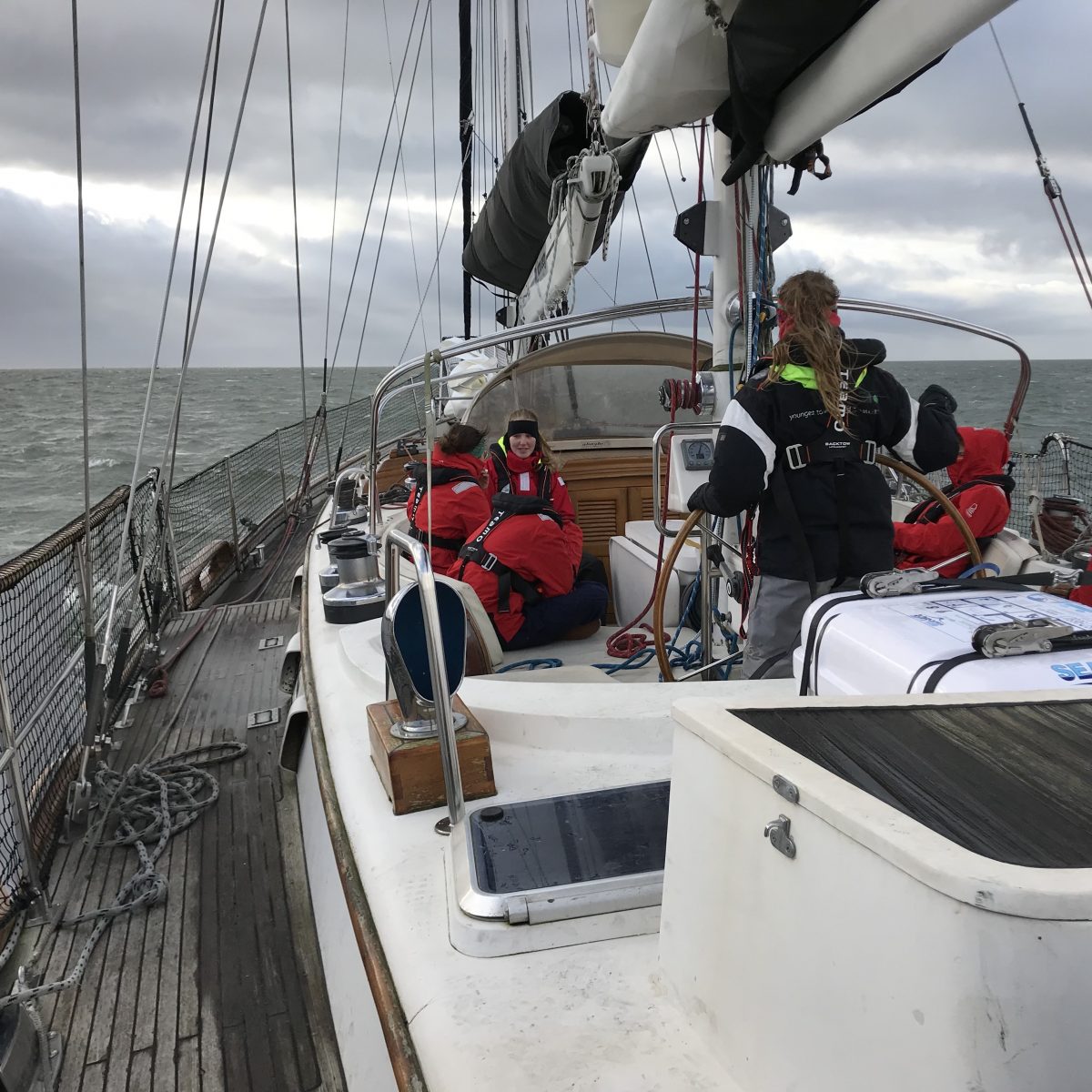 The start of our Atlantic crossing:
At 11am all the participants came on board. After all family members and friends left, we had lunch. Because of bad winds, we stayed in the harbour that day. When everyone finished unpacking their stuff, we played some games together. Making dinner on board for so many people was unusual, so we just tried to make pasta with tomato sauce. In the evening we went for a walk through the harbour of Harlingen and played different games.
Monday morning, we had breakfast at 8am, because we wanted to leave at 9am, but the doors to the sea were closed, due to unusual high water. We had to wait till 12:30 to leave the harbour. Some people came to wave us for a last time. When we were on the ocean, we had to use the engine, but we still put up some sails. When we passed Den Helder the waves got much higher, so nearly everyone got seasick. Luckily not everyone had to throw up. Around midnight, we arrived in Ijmuiden. After drinking some tea and eating chips, everyone went to bed.
Tuesday was a resting day. We had late breakfast and the crew did something on the engine, because there was an alarm. It’s the birthday of the dad of two sisters and he had send us some cake which we’ve eaten together with some bread we tried to make with our bread machine. It tasted very special, some of us really liked it, others not so much…

Note from the captain:

Getting south from northern Europe this time of a year is a challenge. We are trying to hop further south in the little weather windows we get. Yesterday the window closed faster then we hoped for so our young crew got a bit of a taste of how the sea can also be. Even though most of them did spend a bit of time hanging over the sea rail they kept up a great spirit, helping each other and sitting outside with us watching the lights of the coast and the ships passing by. Now we are having a relaxing clean up day until the next ”weather window” opens up for us.