10 year anniversary of my circumnavigation 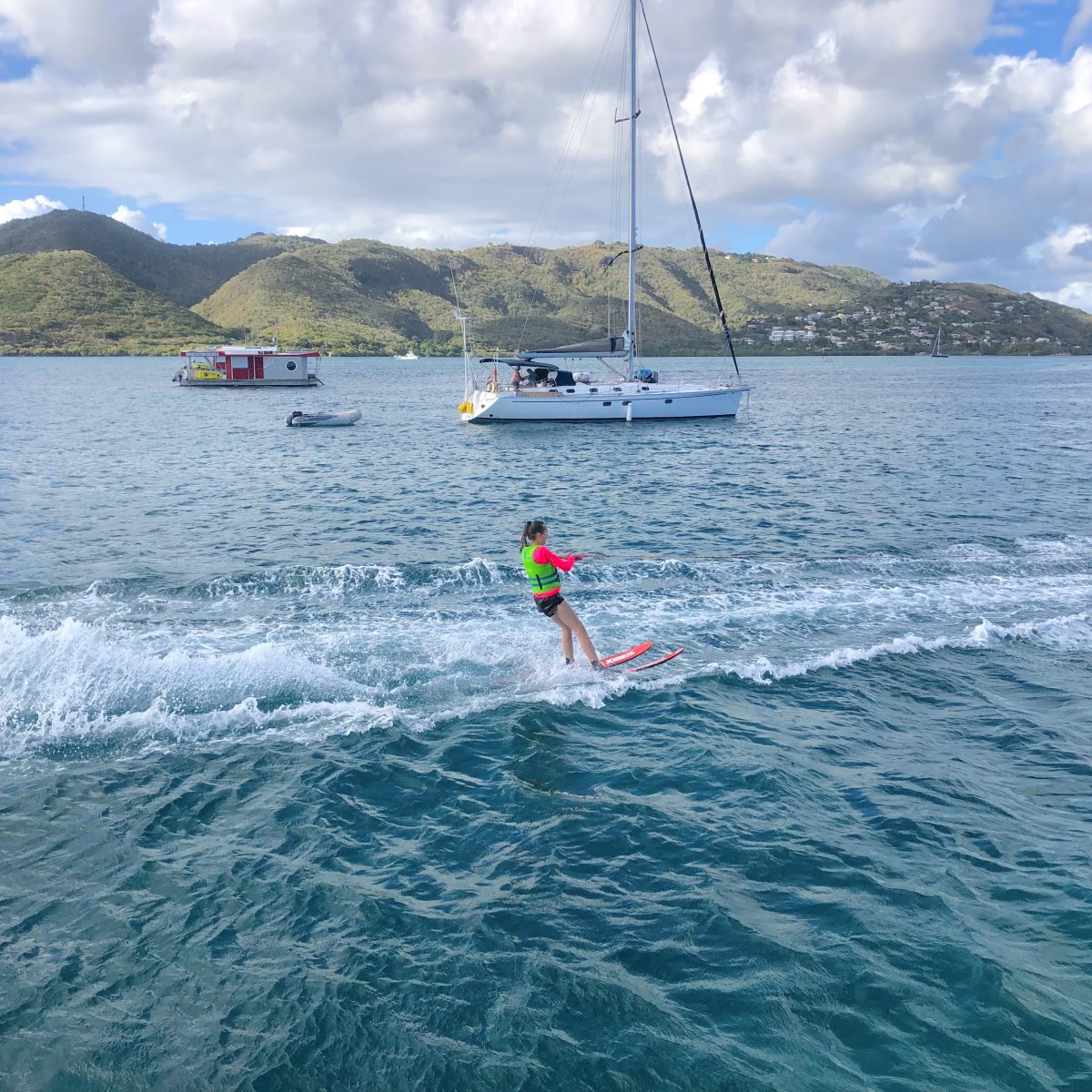 Wow, time flies by fast when you’re having fun! After we got our mainsail back on our fixed boom and Guppy ready for sailing again we headed off to Martinique. A little over 200nm about one and a half-day sailing. Sailing along the Caribbean never gets boring though! There are so many beautiful islands to sail past and the changing winds behind the islands keeps everyone on track and busy. We had a particularly intense sail down to Martinique because there were many squalls along the way so we had to reef, un-reef, and adjust Guppy’s sails very often! Great practice and it did make the watches go by very fast haha. It had just gotten dark when we arrived at the northern part of Martinique the following day. Instead of sailing past the island at night and arriving early in the morning, we decided to drop anchor in St.Pierre which used to be the main capital of Martinique but was destroyed by the volcano in the early 1900’s, and is now a small cute village surrounded by lush green mountains. After a good sleep and enjoying the scenery from the cockpit while having breakfast we hoisted the anchor and left under sail ( just because it’s fun to do 😉 and continued down the coast of Martinique. Most of the day was beautiful sailing but in the afternoon the squalls came with some heavy downpours and strong winds so we had many sail changes again which the young crew are now handling smoothly and quickly 🙂 Down in St.Anne, we met up with the crew of the Turtle, a live-aboard family with two teenagers that we had met last year during our trip and had stayed in the Caribbean a little longer 😉 It was really great to see them again and we had a lovely evening all together eating cheese fondue and playing games. The teens also got along really well and the following day it was decided that they would join us for the trip down to Saint Vincent and the Grenadines. We were planning to leave that evening so there was lots to organize! But also some time for fun as we were allowed to borrow the water ski’s from the turtle crew and had a fun afternoon trying to get up behind our dinghy. I managed, as did some others. I had never water skied before, only wakeboarding and I do think I prefer it when my feet are both on one thing instead of flopping all over the place on two different ski’s! It’s quite difficult, but nevertheless lots of fun! We did leave in the evening for Bequia ( one of the islands in St.Vincent and the Grenadines) together with the two extra teens – so we have a very full boat at the moment which is really fun 🙂 Our night sail to Bequia was very quiet, with no squalls and hardly any wind, so it wasn’t very fast either – but peaceful and with a beautiful night sky to enjoy. Bequia came on the horizon the following morning and we dropped anchor at noon. I went to shore to get our clearances done which took a long time ( like usual) but went smoothly and we were able to go ashore that afternoon. Bequia is a beautiful little island, with a cute village, amazing long beaches, and lots of Turtles in the bay! While Cristina and I were ashore with the group, Sander and Tim built up the Minicat as a surprise for the group ( normally they have to do it themselves 😉 They really deserve it though, they have worked so hard to learn the ropes and life onboard which is never without downfalls and hard times but the result is a very close and fun group that helps wherever they can and are able to function very good as a team. We’re very proud of everyone =D